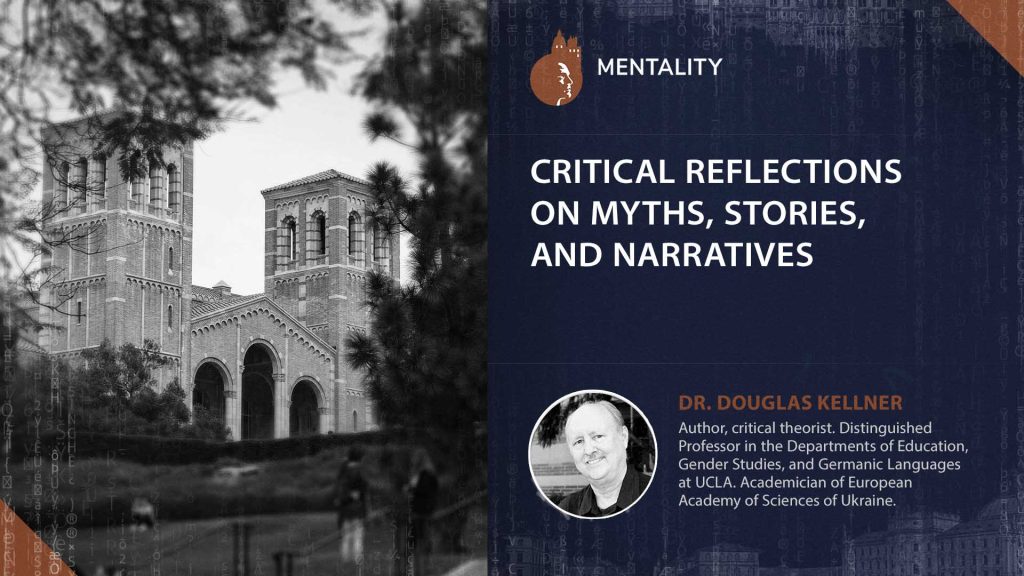 In response to the first question, I would say that Mythologem (myths, stories, narratives) constitute the basis of human culture. Certainly, all cultures have myths that legitimate fundamental ideas of society in the forms of stories, narratives, and other cultural forms, sometimes in the forms of religion that overlap with their dominant cultural mythologies. For example, in Greek mythology, Homer, with his Iliad and Odyssey, as well as their myths by their Greek poets, dramatists, and philosophers concerning the Gods and the stories of Greek mythology all tell an allegorical version of their history, their gods, and their values. From Greek mythology, we learn of the Trojan war, the military virtues of Achilles and the warrior culture of Greece and Troy, the cunning of Odysseus, and the faithfulness of his wife Penelope, awaiting faithfully his return, repulsing suitors, giving us Greek ideals of men and women.

Next, we have the Romans with their myths of state/empire legitimated by Roman dominant myths. For example, via Vergil, in the Aeneid, we learn of the military values of the Roman empire and forms of state in that are elaborated in Caesar, Augustus and other writers. While in the Medieval period, we encounter religious mythology, outlined in Augustine’s City of God or St Thomas Acquinas’ theology.

By contrast, in the Modern era, we get the myths of the Age of Exploration and colonialism, of capitalism/democracy. We learn through Western and national myths how the Europeans discovered the New World of the Americas and brought civilization to barbarians in colonialist mythology, although in past decades there has been fierce critiques of the barbarism of the colonizing nations, their genocide, ecocide, and imperialist conquest of native lands and indigenous people.

In the 19th century, we encounter in Europe, the myth of Socialism and utopian societies which were to be established in the New World of the Americans (although few of these communities succeeded. We also learn through socialist myths that in Europe, ranging from utopian communities of Saint-Simon and Robert Owens to the “scientific socialism of Marx and Engels  that socialism, or communism were to provide societies of freedom and equality where goods and property were to be shared in common.

Secondly, dominant national Myths are accompanied by Stories.  Homer was known as “the Teller of Tales,” who conveyed Greek myths through an oral tradition of story telling (they were only written down much later). In the Medieval Period, the Church told the stories of the  Bible, upon which first Judaism, and then Christianity were founded. In the Old Testament, the basis of Judaism, we learn the tales of prophets Moses, Isaiah, Job, and how Moses led the Jews to the Promised Land, a narrative of salvation that continues to resonate.  In the New Testament, Christianity taught the Tales of Jesus and His Disciplines to illustrate the fundamental values of the church.  Later Church Fathers, like Paul elaborated on Jesus’ teaching as did preachers and Popes through the present day, providing different versions of Christian teaching in many parts of the world.

In the Modern era,  new types of story-telling emerged with the printing press in which the printed word replaced the oral worlds of story telling. The technology of the printed book produced National Literatures in Spain with Cervantes’s novel Don Quixote, and the Spanish drama of Calderón and others. In France, Rabelais and Moliere inaugurated a rich tradition of novels, plays, and poetry continuing to the present day.

Likewise, in England, we have William Shakespeare produced immortal dramas, Daniel Defoe and Henry Fielding inaugurated the rich tradition of the English novel, while in  Germany, the many works in multiple genres of Goethe, Schiller, and the Romantics helped produce a national culture, so that by the 19th century every European country has its literature. with the novel reaching new heights in Russia with Dostoevsky and Tolstoy while drama reached new heights in Scandinavia with the works of Ibsen and Strindberg.

All these cultural forms are narratives. As argued, humans are story telling creatures and the narrative form of story-telling is universal. Every society has dominant narratives, although different societies in different historical epochs have different narratives with English narratives and literature extolling the virtues of individualism, capitalist values of success, and successive dominant political forms like monarchy and later democracy.

Marx and Engels described this form of national narrative  as ideology, claiming that the ruling ideas of a society are the ideas of ruling class. Indeed, Marx and Engels’ “Communist Manifesto” is itself one of the greatest narratives of all time, with its dramatic opening that: “A specter is haunting Europe, the Spector of Communism.” In the powerful narrative of the rise of capitalism and modern society from feudalism, Marx and Engels argued that modern society is divided into two classes, the Bourgeoisie vs the  Proletarian class. Class struggle, in the Marxist mythology, would result in the victory of the Proletariat, the creation of capitalism, and the “withering away of the state,” a myth that has yet to find its historical confirmation. Marxism thus provides at once, a Grand Narrative and Philosophy of History, a class analysis, and a theory of revolution, socialism, and the future.

In capitalist societies, ideologies are specific forms of myths such as the Horatio Alger myth that hard work guarantees success, that the “free  market” produces wealth for all, and that the democratic state provides freedom, justice, and liberty for all. Further, Roland Barthes in Mythologies shows how narratives inform our popular culture, and that advertising, the broadcast media, and now the social media

These myths and mythologies are undermined by philosophical myths concerning how human consciousness interacts with the outside world. For modern Western society, human Consciousness is the fundamental force that underlies modern society and its ideologies and mythologies. Descartes affirmed the primacy of consciousness in his 17th century writing, arguing that “I think therefore I am” (Cogito, ergo Sum), claiming that we are first aware of our consciousness then objects in the outside world. Soon after, John Locke and British empiricism argued that ideas are the source of knowledge and that we gain knowledge by testing our ideas against our experiences in the world. Immanuel Kant then provided a “critique of pure reason,”  turning consciousness on itself and our mental powers. This tradition found its summation in Hegel’s idealism, in which ideas shape reality and human consciousness. Hegel was famously contradicted by his student Karl Marx who argued that “ideas were formed by social reality, and not social reality by ideas. Marxian materialism argued for the primacy of material factors and conditions shaping consciousness and provided a materialist theory of history, society, and the human mind against the idealists.

Marx further argued that ideas are shaped by human praxis, and that our labor, social, and political activism is shaped by Capitalism, via which ideals of individualism, competition, market society, and the capitalist state are extolled  as ruling ideas and social forms. Marx argues that these are dominated by ruling class and are thus forms of domination and oppression.

The American philosopher John Dewey, by contrast, developed “pragmatism,” a view that theory is determined by practice, and that the dominant ideas are the ones that prove useful in human life and society.  For Dewey, ideas guide us from our early life, but as we mature, we learn from experience and develop our ideas according to what works for us and what doesn’t. Likewise, societies change their ideas as social forms evolve. An advocate of radical democracy, Dewey argues that individuals, groups, and society reach a consensus of what ideas define their lives and societies and that these values are always in flux, evolving and developing as societies change.

Hence, there continue to be on-going debates about myth, narratives, and stories that take different forms in different cultures and historical epochs and that continue to be an important theme for social and cultural analysis and critique today.